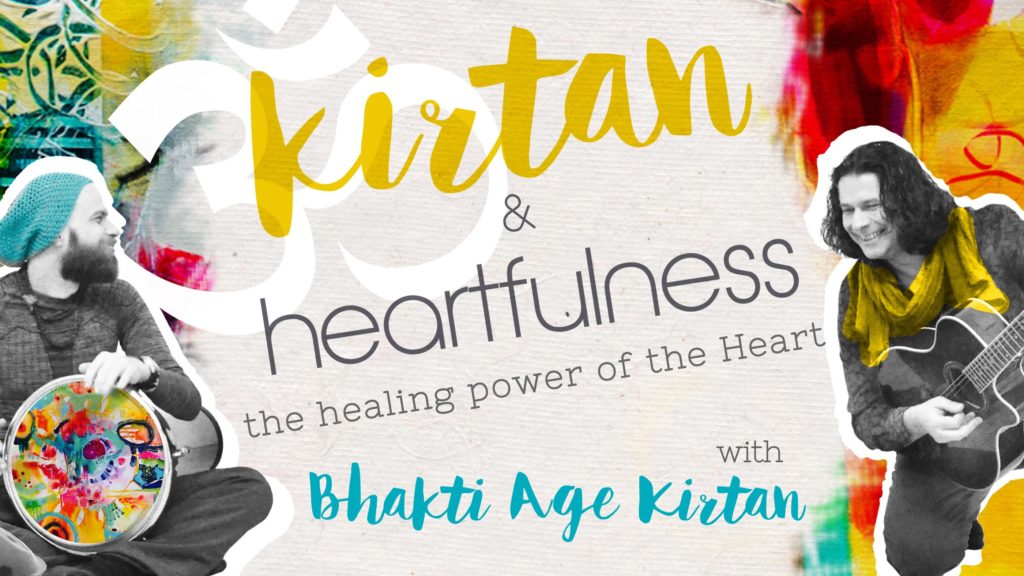 On Sunday, January 20, at 19:00, the Neda Yoga Shala studio will proudly host the wonderful Bhakti Age!
The evening will provide stimuli for the mind, but most importantly, for the heart!
Mahatman / Michalis Evaggelidis and Anandajyoti / Stelios Karpathakis will talk to us about the notion of heartfulness, and they will become our guides, helping us explore it in their own unique and very special way, through the practice of Kirtan!!
All are welcome!
A few words by the Bhakti Age:

The Healing power of the Heart

The above was already known as an experience by the yogis of antiquity and therefore they evolved the technique of Kirtan to develop the emotional and intuitive intelligence of the heart which in the modern era was called «Heartfulness».

In the Bhakti Age Kirtan workshop we will discuss the term «Heartfulness» and how its healing power can be maximized through the Kirtan meditation technique. Then we will experience Kirtan with the audience actively participating.

Kirtan is a yogic meditation technique by combining Sanskrit mantras and melodious sounds of musical instruments with the active participation of the audience.

Kirtan is a mantra or an «eternal sound». It is an art through which we are not only expressing our feelings, but we are penetrating into ourselves by circumventing the influence of the intellect (mind) in order to experience our inner realm (universe). With the emotional energy created through Kirtan we can go beyond our conscious mind.

The chanting of the mantras is known as a science in itself that has been further developed and perfected in India for centuries. The Sanskrit alphabet (mantra) has a healing effect on the body and mind.

Bhakti Age Kirtan Group is a yogic musical band consisting of Anandajyoti (Stelios Karpathakis) and Mahatman (Michael Evangelidis), both are musicians and yoga instructors trained in the Satyananda yoga system. Their subject is Nada Yoga (Yoga of Sound) and Kirtan. Nada Yoga and Kirtan are Yoga forms that consist of meditation techniques, focusing on emotion, sounds, melodies and vibrations.4

Michael Evangelidis was born in 1977 in Budapest, Hungary. He has been practicing yoga since 2003. He is a physiotherapist, certified clinical yoga therapist and yoga instructor (E-RYT 500). He continued his education with advanced studies in yoga science at the Academy of Yogic Science (Australia) and mantra yoga with Dr. Kausthub Desikachar. He also studied music, percussion and attended workshops in sound healing at the Peter Hess Academy and took lessons in Indian harmonium with Daniel Tucker.

He participated in ethnic music bands abroad, such as Dely Robert, Klenyan Chaba, Karoy Feher and others. In 2010, together with Stelios Karpathakis – Anandajyoti, he founded the «Bhakti Age Kirtan Group», a yogic musical band, trying to spread their love for Kirtan and Nada Yoga (Yoga of Sound).    In 2015 their first CD was released. Also in 2015, together with other companions, he brought into being «yogaradio.gr» – an internet radio station aiming at broadcasting and publicizing of Kirtan.

He is also the founder of «Nada Yoga place». During the last few years he is engaged in research studies concerning the therapeutic effect of yoga practices on human physiology.

Stelios Karpathakis was born in 1966 in Athens, Greece. He is a musician, singer, songwriter, voice teacher as well as a teacher of the Satyananda Yoga system. He studied classical music, music theory and harmony at the Attic Conservatory with Dion Aryva and modern with Mary Dalakou. At the same time, he was trained at the Satyanandashram of Greece under the guidance of Swami Shivamurti Saraswati. He attended seminars of interpretation and speech with Stamatis Kraounakis, acting with Konstantinos Arvanitakis, meditational techniques (Pratyahara and Dhahran) with Swami Shivamurti Saraswati, sound and chakra (Nada yoga) with Olga Alexiou and Michalis Evangelidis-Mahatman.

In February 2018 he attended a seminar at the Satyanandrasram of Greece with subject the «Ajapa Japa» meditation technique, guided and performed by Swami Yogajyoti from the magnificent country of Ireland.

He is a founding member of the music-theatrical group Spira-Spira of Stamatis Kraounakis and participated in all performances as well as in the production of the CDs («All Black and a Piano», «Classic Recipe») until 2007. In 2004 he appeared in Nikos Panagiotopoulos’s film “Delivery” by interpreting the homonymous song of Stamatis Kraunakis. In 2014 he participated in the TV show “The Voice of Greece”. In 2015 he collaborated with Panos Politis and Dominus Orchestra for three performances at the Kalouta Theater as the lead singer for the tribute to Jon Lord, founding member of the “Deep Purple”. In December 2016 he released his CD “Shakespeare’s Songs” in iTunes, produced by Stamatis Kraounakis,  arranged by Giorgos Zacharios and translated into Greek by Errikos Belies.

As a yoga teacher he has worked at a variety of yoga places. Together with the «Bhakti Age Kirtan Group», which Stelios formed in 2010 with Michalis Evangelidis – Mahatman, he organizes events with sound meditation and yogic music (Kirtan) and participates in Yoga Festivals (Love Fest, Festival of the Yoga Association of Greece et al). In the near future he will  release his own CD with his songs, while there is already music in digital form available, using mantras with the «Bhakti Age Kirtan Group» available. 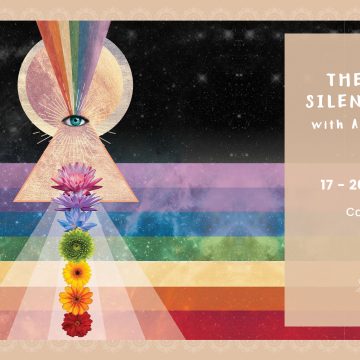 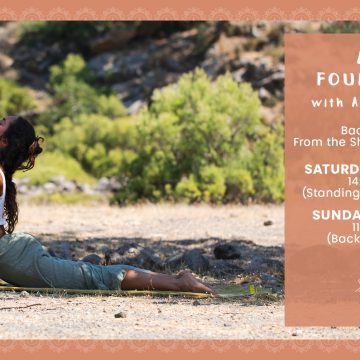 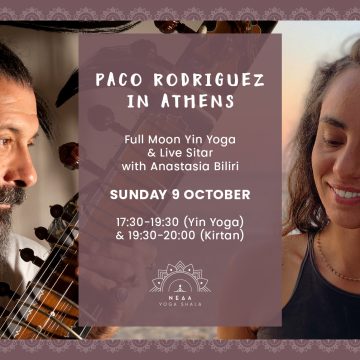 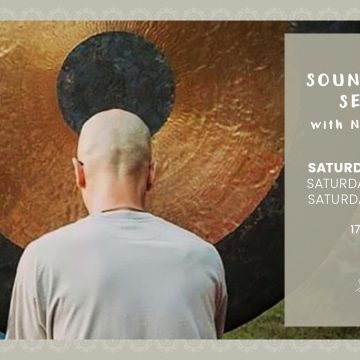