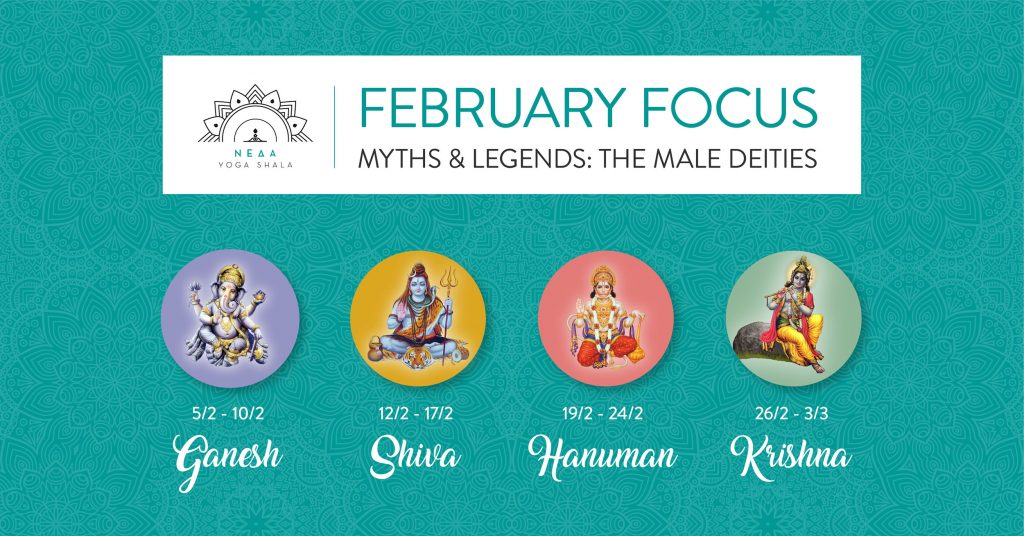 LET ME TELL YOU A STORY!

The myths and legends of the rich Indian tradition… Stories about the creation of the world (cosmogony), myths about the origins of the gods (theogony) with their strengths and their weaknesses, battles between the devas (gods) and the asuras (daemons) over the prevalence of Good, creatures with superhuman powers, gods with the appearance of an elephant or a monkey, beautiful goddesses with many arms, sitting on blooming lotuses, creatures with selfish motives, who become omnipotent after intensive and year-long disciplined practices, and threaten Creation with scheming, decadence and moral decline of humanity…

My teacher in tantric philosophy, Dr. Douglas Brooks, says that “myths are just a lie, an imaginary story that we narrate in order to say a big truth”, and he also speaks of how “the characters in the myth are all of us”, we are the gods with the spiritual gifts, we are the heroes with the virtues and the values, but also the scheming daemons, and how the battle between good and evil does not take place “once upon a time”, but also in the present moment in the world around us, and even inside our soul.

My teacher spins stories and myths with an amazing ease, the beginning of every myth is in the middle of another one, the end of a story triggers the beginning of another, and all of them together compose a colorful tapestry, full of inspiration and food for thought.
Myths are beyond any logic, and that’s why they speak to our heart in a unique way, using symbols and archetypes that are the same in every tradition and civilization. They invite us to find the link between ancient poems and our daily lives, and they shed light on the questions and dilemmas of humanity.