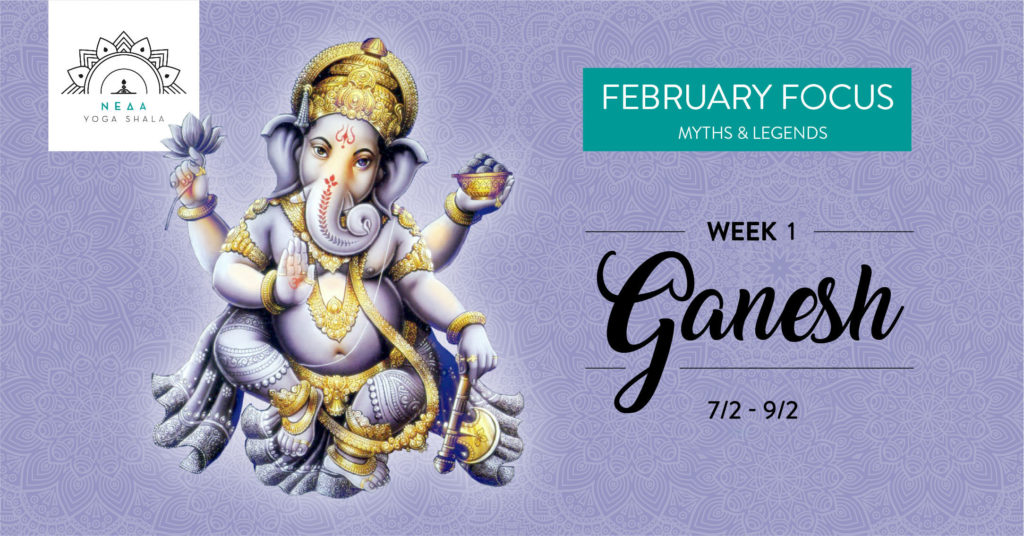 Telling stories is a very effective way that has withstood the test of time, to transfer meaning from one person to another. It takes place since the beginning of time, when our first ancestors stood around the fire as a tribe. That’s the way civilizations transfer their wisdom to the next generations and the way religions have presented sacred teachings about faith. It is also how parents, through fairy tales, transfer the values they want to instill into their children. Through ancient myths, legends, and sagas, even Jung’s archetypes and the collective unconscious, man has expressed his unrestricted fascination about comprehending the human psyche.

Alongside yoga, the Indian mythology with its numerous stories carries many symbols that need to be analyzed and understood.

Ganesh constitutes one of the dearest deities-symbols. He is usually considered to be the absolute expression of the removal of any kind of obstacle, and he is especially called upon in the beginning of a new endeavor.

According to the myth, Ganesh was created by Parvati as her trusted guard. So, he was asked to be the gatekeeper at her house while Parvati was taking her bath. When Shiva appears asking to enter the house, little Ganesh unable to recognize Parvati’s consort refuses to let him pass and as a consequence, he loses his head. When the true story is revealed to both sides, Shiva resurrects Ganesh and in the place of his head he attaches the head of an elephant.

Replacing the human head with the big elephant head symbolizes the abandonment of lower ego before the higher one, which is the biggest obstacle in the spiritual path. By cleansing our energy, Parashakti, which resides at the base of the mooladhara chakra and is symbolized in the myth by Parvati’s bath, and by leaving the lower ego behind, we can be guided towards absolute self-knowledge, Shiva.

Ganesh who appears as the guardian of the mooladhara, has also become the bearer of many other symbols. For example, the big ears symbolize wisdom, the ability to listen, while the trunk shows the enormous power and ability to discern between beneficial and harmful. The big belly is the ability to be able to digest everything, pleasant or unpleasant, while the broken tusk symbolizes self-sacrifice in the face of a difficult task. The desserts in the plate she is offering are the guaranteed fruit of every “practitioner’s” efforts, while the fruit at his feet represent the acknowledgement of the abundance of the world laying before our feet.

Through the practice of asanas that relate to the first chakra, we can incorporate strength and faith, and thus move towards removing all obstacles, by reinforcing the ability to overcome our fears and doubts. The fruit of our labor will be enjoyed by us at the most appropriate moment.