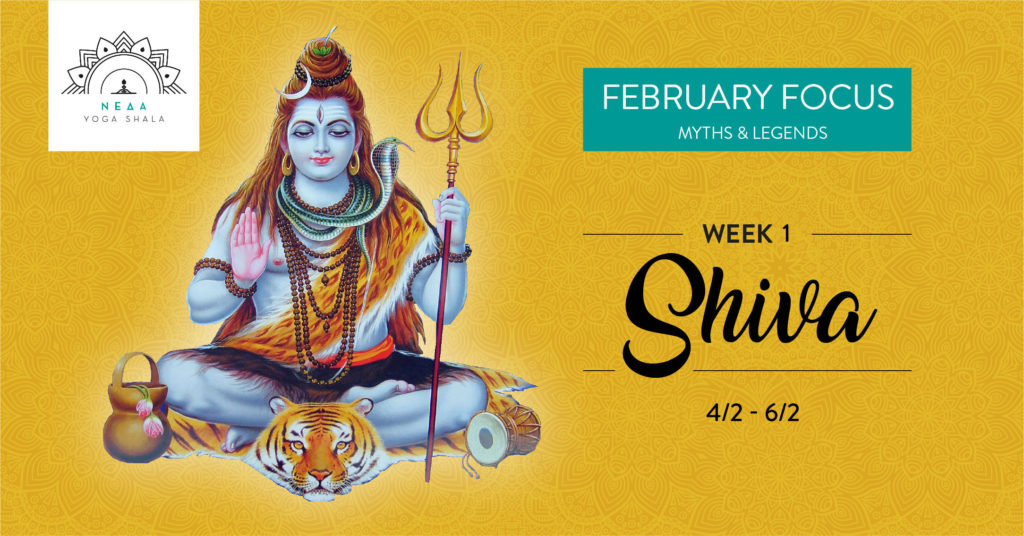 Mahashivratri: The Great Night of Shiva

From the 12 Shivratris that correspond to a solar calendar, the one with the greatest spiritual value is on February/March and it is called Mahashivratri. It is believed that the natural energy flow that night is so intense that it pushes the spiritual seeker into a deep spiritual experience. For this reason, in India there is a big fest with traditional music, songs, psalms and meditation that lasts all night and the spiritual seekers stay awake while sitting with a straight spine, so that they can benefit from the cosmic energy flow.

There are many legends around Mahashivrarti but the most dominant one (and also, my favorite) is called Samudra Manthan which means “churning of the ocean”.

Once upon a time, a thousand centuries ago, our story begins… But wait a minute… could it be happening right now???

The price of disrespect

One day, the great sage Durvasa Muni who was meditating for centuries in the forest and had incredible powers, offered a garland of fragrant flowers to God Indra who was just passing by on his elephant. Indra didn’t seem to honor the sage’s offering and he hung the garland on the elephant’s trunk, somewhat disdainfully. The animal twitched, stimulated by the intoxicating fragrance of the flowers, the garland fell on the ground and as the elephant bounced, he trampled on it… That was followed by a few moments of silence, exactly like the silence before a great storm…

Seeing the contempt and disrespect of Indra, the venerable sage became furious. He put a curse on God Indra, saying that he and the other Gods would lose all their powers. In due time, Indra and the rest of the Gods started losing all the battles against the demons (the asuras), and the demons having their leader Bali in charge, took over the universe. Very soon, the humans became egocentric, they forgot their values, their customs and traditions, they became greedy and forgot how to praise the Gods. Chaos, lawlessness, crime, hate and decline were threatening life in the universe…

Unable to deal with the inevitable destruction of the universe, the Gods convened a meeting, and then, God Visnu suggested a plan. He said that in order to take their powers back, the Gods would have to churn the Cosmic Ocean of Milk until the elixir of life would emerge, the magic nectar Amrita. Only after drinking that, would they be able to recover their powers. This great ocean churning is known as the Samudra Manthan. But, since the Gods were powerless, they had to ask the help of the demons in order to complete this enormous task.

The collaboration of Devas and Asuras

God and demons, who of course were also interested in the nectar of immortality, gathered all kinds of herbs and threw them into the ocean of milk. Nevertheless, no stick, no matter how long was good enough to churn the infinite ocean, and so they decided to use the huge mountain Mantara. But when the mountain was dipped into the ocean, it kept sinking in its depths. Watching it sink quickly, God Vishnu transformed himself into a giant turtle and supported it on his back. This is considered to be the second incarnation of God Vishnu and it is called Kurma (turtle).

As soon as the mountain was stabilized in the middle of the ocean, they tied around it like a rope a gigantic snake, Vasuki, who had a thousand eyes and mouths. The Gods skillfully took hold of his tail, while the demons grabbed his head, and they started churning the ocean by rotating the mountain. But toxic smoke and fire came out of Vasuki’s mouth, which slowly weakened the demons, who became powerless.

After churning for years and years, the first element that came out of the ocean was not the nectar, as they expected, but a powerful venom, the Halahala. The venom was so toxic that the whole world started getting poisoned. The Halahala was the most vicious and deadly venom in the universe and it started killing both sides. As no one was able to withstand the poisonous fumes emitted by the venom, both the Devas and Asuras started to suffocate and collapse.

Who will drink the poison?

They run to Brahma and to Vishnu for help, but the latter told them that only Shiva would be able to consume the deadly poison. So, Gods and Demons alike went to Kailash Mountain and begged Shiva for help. In order to save the Creation, Shiva drunk the venom but he did not swallow it – he kept it in his neck, between the mind and the heart, without poisoning either one. The venom was so strong, that Shiva’s neck became blue, and that’s how he got the name Neelkahtha (the one with the blue neck). As part of the treatment, the doctor recommended that he stayed awake for one night, and so the Gods in order to keep him awake, organized a huge fest around him, with dancing and singing. That night is known as the Great Night of Shiva or Mahashivratri.

The churning went on, and brought various gifts and treasures to the surface. Among them was Kamdhenu, the wish-granting cow, Lakshmi, the Goddess of abundance, the nymphs Apsara, and finally, the doctor of the Gods, Dhanvantari surfaced, holding the vessel that contained Amrita and the book of the medicine called Ayurveda. As soon as Amrita surfaced, the demons grabbed it by force and started drinking the nectar. The Gods Sun and Moon realized the trick and complained to Vishnu, who in his turn cut off the demons heads. As the divine nectar didn’t have time to go below the neck, the heads remained immortal but their bodies died. So, Rahu and Ketu can take revenge on the Sun and the Moon every year by swallowing them, during the solar and lunar eclipse.

The battle of the Devas and the Asuras

A great war between Gods and Demons ensued. In the end, Vishnu disguised himself into the enchanting Mohini, who seduced and deceived the demons and took away the nectar Amrita from them. In order to save it, Vishnu gave the nectar to his winged mount, Garuda. But the demons recovered and a battle was fought. During the battle, some drops of the nectar fell on the locations of Ujjain, Nasik, Allahabad and Haridwar.

It is said that the drops purified the earth and it is here where every year the devotees flood in by the thousands to purify their sins, during a great festival called Kumbh Mela.

As soon as Garuda came around and the Gods drunk the nectar, they became immortal again. But, since some demons did manage to taste a few drops of the elixir and they also became immortal, the battle between Geed and Evil still goes on today.

By our beloved,  Maria Stylianaki