In Greek mythology, Neda, the third eldest daughter of Oceanus, was a Nymph and the mother of 4 ancient Muses.

Nymphs were beautiful, magical, mythic women creatures, nature spirits and symbols of grace and youth. They lived in caves and rivers. Throughout the day, they were knitting and chanting with their sweet voices to the Olympian gods.

Along with Artemis, they wandered and played in the mountains. They danced with Pan and Aforditi in the rivers and hillsides. They lived for hundreds of years and fed with ambrosia.

Neda, along with many other Nymphs, was the goddess of sweet waters and rivers. According to the legend, once Zeus was born, his mother Rea gave him to Neda (and 2 other nymphs) to protect him from his father Cronus who would eat his children. At that time, Arcadia had no water and Rea wanted to bathe her son, so she struck the Earth with her stick and begged Gaia for water. Thus came a rich source of water and a river was created, named Neda. It is one of the only two rivers in Greece with a female name.

The school’s name Neda is a tribute to womanhood and to all the qualities that women carry, qualities which we often forget or fight. Woman is an amazing creature full of grace, beauty, warmth and compassion . The epitome of sacrifice. A warrior and a Mother, full of power, mystery and love. 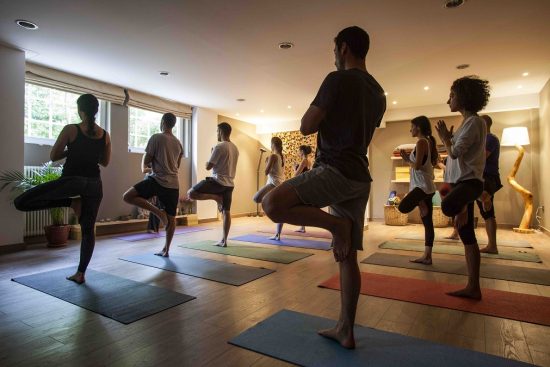 Classes for all levels

Check out our amazing team of teachers