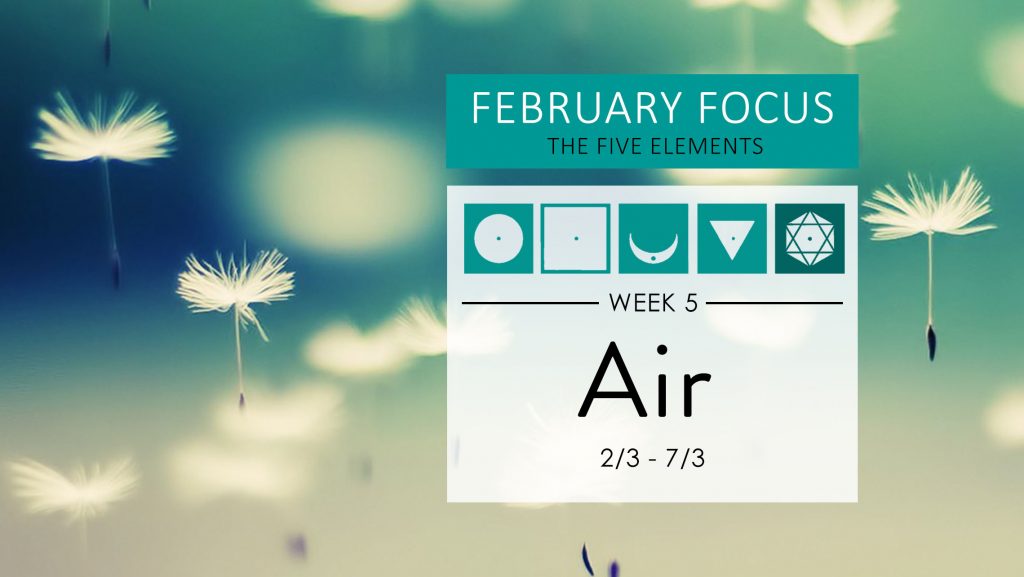 When the dark void of akasha is agitated by motion, a delicate energy is formed, a light blue-grey color which is also the distinctive trait of the element of air, vayu.

The element of air in our body is expressed as movement and life. The movement of flowing blood, of neural impulses, the flow of thoughts, the movement of the joints so that we can change our position in space. The skin is the sensory organ to which it relates, and the corresponding action organs are our hands, with which we reach out in order to experience the world.  This is the element that relates to our ability of touching and of allowing ourselves to be touched by our surroundings. In the physical body, vayu resides in the area between the heart and the center of the brows and it is associated with the unconscious mind and the anahata chakra.

Αnahata chakra relates to the heart, to the upper back, the thorax, as well as to the lungs, blood and circulatory system and to the skin. The corresponding gland to this chakra is the thymus. It consists the central point of the rest of the chakras and it is illustrated by the symbol of a hexagon, where two inverted triangles pointing to opposite directions, up and down, signify that the qualities of these chakras penetrate this plane in a bidirectional way. The sound to which this area vibrates is bija mantra, “yam”. It is from this center that we are able to give and receive love. With a resounding “yes”, and trust, it is from this center that we allow the emotion of unconditional love to be felt, first towards the self and from there, to radiate to every direction, towards others and the rest of the world.

The element of air remains at healthy levels when movement, its distinctive quality, is under control, but also capable of flowing unencumbered. The action of surrender leads to a higher expression of the movement of air, and that’s something that happens through faith and confidence in the self and in the universal flow. Therefore, air circulates freely in a body and a mind where the action of surrender has been cultivated, as well as confidence in the self and beyond the self.

Bitter is the taste where the air element is most dominant.

Autumn is the season of air, where leaves start falling from the trees and in nature everything becomes lighter. Air becomes cooler and there is an intense feeling of transition to a new condition, from the extroversion of summer to the introversion of winter. It is during these transition periods where we often encounter the most important difficulties and these are the moments when our answer is trust. It would be destructive for the trees to hold on to their leaves out of fear in the face of change. During these times, by cleansing our perception, we can become aware of the cosmic game of separation and new union, in every manifestation at any plane of creation – the cosmic game that is carried out and permeated by love and harmony.